If I owned a doughnut store, I’d make sure everyone knew exactly where to find it. Strangely, Nútie Donuts doesn’t do this. Their social media posts often talk about their Balmain or CBD locations, but they never give the addresses.

So when they announced a new CBD store, I decided to go there. One problem. They never told me where it is.

I had to search before I discovered that it’s somewhere in the Hunter Connection near Wynyard Station. Shop 9, to be exact in the mall that leads directly onto Pitt Street. The day I went, they still didn’t have a sign out the front.

Nútie spells their name with the accent over the u. So I guess they want us to pronounce their name like you would say ‘nudie’, except with a t. I suppose it’s got something to do with the current fashion of every food in a raw state being called nude or naked, the implication being that it is healthy. On that note…

Here is an extract from one of their online promotions:
Gluten free, baked donuts – delicious treats that are good for you.

And this from a postcard they had at their store:
Nútie Donuts are naturally gluten free and baked not fried – delicious treats that are good for you!

Notice something in both those that doesn’t seem quite right?

They seem to make this claim on the basis that they use almond meal and almond milk, and that they have “plenty of dairy free and vegan options available”.

Although I am a supreme doughnut lover, I’m not blind enough to think that there are doughnuts that are “good for you”. They are all loaded with refined sugars, each and every one no doubt exceeding the average daily sugar allowance. Just look at the pictures! How can they say this?

Perhaps it’s ‘less bad’ for me than other doughnuts – but no doughnut is “good for you”, unless it’s made of nothing but kale and quinoa, and I’m yet to find that one.

Despite this non-compliant, misleading and downright false copy, I tried the PB Brownie doughnut. 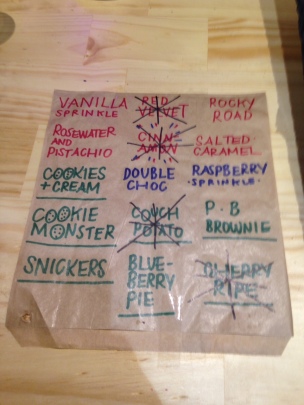 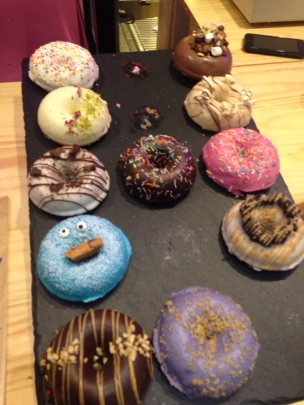 It was sweet – sweet as hell. Too sweet. And if the icing and the topping doesn’t make it sweet enough for you, it has a stuffing with more sweetness.

The consistency of the dough is obviously not your usual doughnut style. It appears to be made of almond meal rather than glutenous flour.

If you’re gluten intolerant and/or crave something incredibly sweet, try Nútie Doughnuts. I hope you can find them.