The town of Clare is in what’s called South Australia’s Riesling Trail. Wineries are all over the place.

More importantly to me, it’s just a short drive from the infamous Snowtown, where the victims of the most incredible murders in Australia’s history were found… in barrels of acid! It’s a horrific story and four very sick people are thankfully now behind bars. But back to Clare where no such crimes have been committed yet.

Clare is a nice little town with a busy main street, some quirky little stores, a pub for every 10 people and, get this, a variety store called ‘Cheap As Chips’. There are several cafés, bakeries and eateries, ranging from ‘trendy’ to ‘avoid at all costs’. But only one with doughnuts – Main Street Bakehouse. 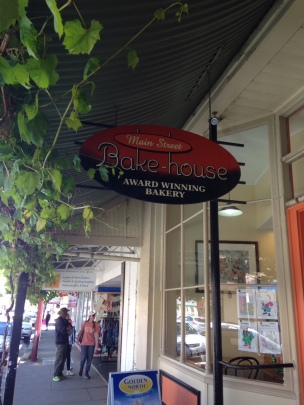 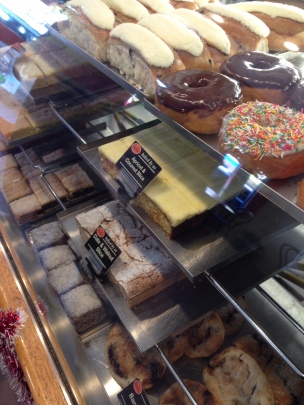 It’s a busy bakery, alright, even though the service is a bit ordinary. It claims to be an ‘award winning bakery’, but I didn’t spot any awards to give it some frame of reference.

There were lots of baked goodies to choose from. My kids quickly spotted the home-made Iced Vo-Vos. Tried one – it was okay. 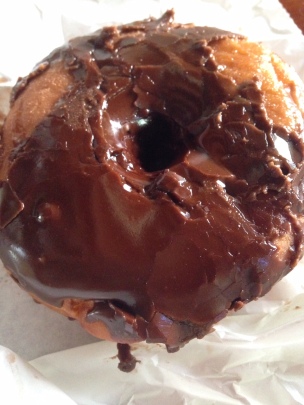 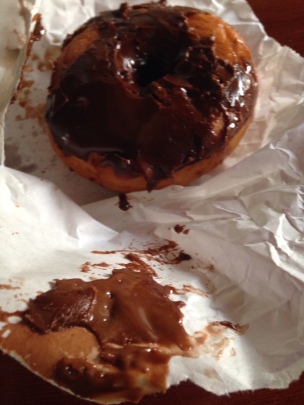 I got a chocolate doughnut, which I took back to the place where we were staying – an old church converted into a B&B. We were sure it was going to be haunted, but no spooks showed up.

Creepy old churches, nearby murder towns… how does anyone sleep in Clare?

It was a warm day and the doughnut didn’t like it. The icing stuck to the top of the bag.

Nonetheless it was a nice doughnut, the dough was chewy but not overly so. In comparison to the others I had enjoyed so far in South Australia, it was somewhat over-priced for what it was.

I’d also like to see the bakery offer a broader range of doughnuts, including some filled ones. I felt like the doughnuts were in the section for kids. Come on. Us childish adults like doughnuts too.

By the way, the Woolworths is tucked away in Clare, out of sight but still quite busy. They stock boxes of Mr Donut doughnuts. Thanks, but no thanks. 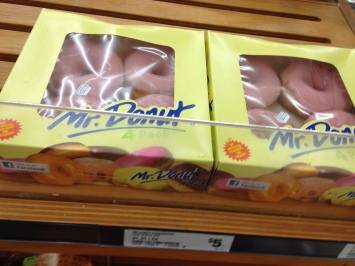