Dr Dough decided it would play an April Fools Day gag on the universe. Why not? It’s a way to get free publicity. The more creative, original and daring you are, the more the word spreads about your April Fools gag.

But where is the line in the sand between a joke and poor taste? And did Dr Dough cross the line?

Released late on Saturday 31 March, Dr Dough announced via social media that they had changed their name to Dr Doughnut Time. The graphics exactly resembled that of the recently failed Doughnut Time. 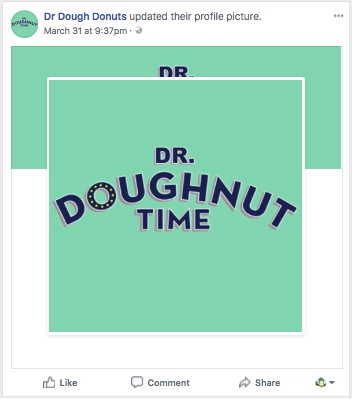 This sounds to me like there’s some bitterness about it.

Perhaps the German expression schadenfreude might be appropriate – to take delight in another person’s misfortune.

Why poke the wounds of a dead body? Why dance on the grave of Doughnut Time? But more importantly, why stoke the embers of pain for the poor Doughnut Time employees who didn’t get paid? And the others.

Interestingly, their post coming clean that it was just an “April Fools Day laugh” included, in brackets: And no we would never joke about employees, suppliers and landlords not being paid.

So, if they wouldn’t, why did they? 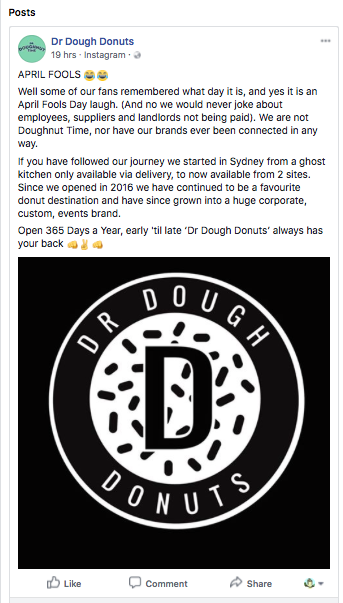 And they posted the very snarky line: It’s always a dope time.

There are a million other ways to make an April Fools Day joke, but Dr Dough decided to take a dig at a failed business.

As I said, sounds like some bitterness to me.