The hybrid food craze really took off after cronuts were brought into the world.

MufNutz are from the brand Great Temptations.

Really, they are simply a muffin coated in cinnamon sugar and filled with raspberry jam.

That isn’t a secret – it’s splashed across the packaging. So thankfully Great Temptations aren’t trying to make them out to be anything more than they are.

But are they any good?

Pre-packaged cakes and muffins are not something I’d normally eat.

For packaged muffins, the Great Temptations MufNutz are not too bad.

They are not over-sized, as a lot of packaged muffins tend to be. Instead you get two in a pack – one now, and one later… or damn later and just have them both now.

The raspberry jam has a nice tang to it. A note on the packaging says they are ‘Baked, Not Fried’, so that’s got to be some sort of a plus..

Can I recommend them? For what they are, they’re OK. 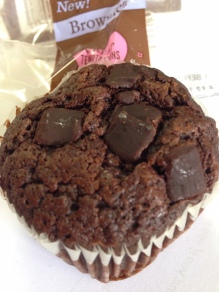 I also tried the Brownies, which are muffins with a brownie flavour. They could have given them a more creative name, like they did with MufNutz.

I’m starting to see why they just went with ‘Brownies’. 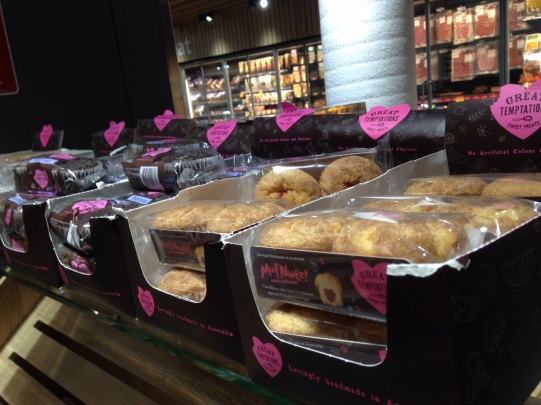 Great Temptations MufNutz and Brownies are available around the place – I’ve seen them in various locations in North Sydney.